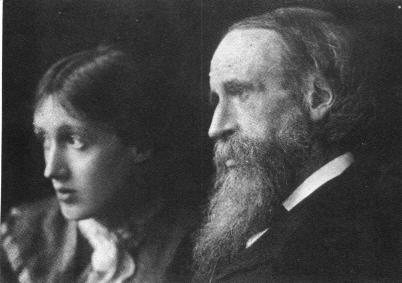 Despite her oppressive father and the sexual and moral abuse she endured as a child, Virginia became one of the major writers of the twentieth century. A classic of modernist literature. She was the first to apply a new literary method to the specifics of the female social experience.

Adeline Virginia Stephen, later Virginia Woolf, was born on January 25, 1882, in London to Leslie Stephen and Julia Duckworth. Virginia was Leslie and Julia’s third child together. There were eight children in all: Julia’s three children from her first marriage, Leslie’s daughter from her marriage to Minnie Thackeray, and four younger children from a common marriage: Vanessa, Toby, Virginia, and Adrian.

Like most European modernists, Virginia Woolf came from a cultured family–her father, Sir Leslie Stephen, was England’s leading literary critic. Their home was rightly considered the center of London’s cultural life. Her father noticed Virginia’s intelligence and erudition at a young age.

The children adored their mother and worshipped and feared their father. But Julia had little opportunity to pay attention to her children – her husband was the main object of her care. Among Virginia’s diary entries about her mother is this one: “Can I remember when we were together more than a few minutes?” Life in this huge family was almost entirely devoted to the ambitions and desires of her father, an extremely ambitious and selfish man.

All the more frightening was the ordeal that fate gave Virginia at the age of thirteen. Two of her mother’s nephews came to visit. While drunk, they attacked the girl and tried to rape her. Virginia’s servants ran in on Virginia’s screams, which prevented an act of violence, but the damage to her psyche was severe. The parents’ reaction to the “unfortunate incident” aggravated it. The wayward boys were sent away, while the daughter was accused of her “carelessness” and forbidden to complain to anyone: the “misunderstanding” that had occurred was to remain a family secret.

There had been a spiritual bond between father and daughter, and later Virginia could not forgive her father for allowing that bond to break. Finding no support and comfort from her relatives, Virginia fell into a severe depression. And that same fall, when her mother died of pneumonia after catching a cold in the theater, she tried to commit died by suicid for the first time. Mother’s death itself was a tragedy for the children, but even worse was what happened to Sir Leslie’s character after that death: he was literally blinded by both self-pity and guilt, paying no attention to the children’s suffering.

Virginia’s older sister Stella served for a time as mistress of the house, but soon died. Sir Leslie Stephen died of cancer on February 22, 1904. All of his children, except Virginia, took this fact with great relief. Virginia, however, did not feel quite free even after her father’s death. For the rest of her life she had incessant internal disputes with him, now accusing, now justifying him.

Immediately after her father’s death and Virginia’s second serious nervous breakdown, the family moved from respectable Kensington to the bohemian neighborhood of Bloomsbury, which became world famous for the intellectual circle of which Virginia soon became the center. Here, in debates with representatives of young British culture, she honed her skills, shaped her aesthetic program.

In 1905 she begins her writing career. Her first publications were articles and reviews for the Times literary supplement and other publications on the works of classics and contemporary authors.

Virginia had a special relationship to her sister that, according to many biographers, went far beyond the usual sisterly affection. Virginia and Vanessa once swore that they would never marry and would always be together. When, years later, Vanessa accepted the proposal of Clive Bell, a member of the “Bloomsbury Circle,” Virginia took it as a betrayal.

The writer was very demanding of herself and her work, rewriting her novels dozens of times. She stopped keeping a diary only in times of illness, the diaries came out as a separate edition in four volumes.

In our time she is considered one of the best novelists of the twentieth century, an advanced modernist writer and a major innovator of the English language. In her works she experimented with the stream of consciousness and highlighted not only the psychological but also the emotional component in the behavior of the main characters. Her popularity waned after World War II, but interest in her works returned after the feminist movements of the 1970s. Her novels are experimental in nature: the narrative often lacks a clear plot and location. Deep lyricism and stylistic virtuosity combine to fill her novels with aural and visual imagery.

In 1912 Virginia married journalist and writer Leonard Wolfe, a regular at Bloomsbury meetings. It was a marriage that required mutual tolerance. Virginia could not overcome the frigidity that had resulted from childhood molestation, so physical intimacy, by Wolfe’s own admission, was frustrating for both. Their marriage became an intellectual union of people who respected each other.

Leonard created almost ideal conditions for the writing of his wife. In 1915 her first novel, By the Sea Away, was published. It is no exaggeration to say that in this marriage, Leonard played the role of a caring wife.

However, even in this happy marriage, thoughts of her parents did not leave Virginia. In 1927 she published a novel “Into the Lighthouse,” in which she tried to recreate the characters of Julie and Leslie Stephen in the images of Mrs. and Mr. Ramsey. Although the experience was successful, the work did not rid the writer of obsessive thoughts about her father. Until her death Sir Leslie never left her mind.

The manifestation of feminism

It is no exaggeration to say that the anger aroused by her father’s family tyranny, and the unequal conditions of material provision and education set in the family towards boys and girls, formed the basis of Woolf’s feminist writings.

The patriarchal arrangement in her own family engendered a rejection of patriarchy in society, as expressed in two essays by Virginia that have become classics of feminist criticism: “A Room of One’s Own” (1929) and “Three Guineas” (1938). In the latter essay, in particular, she holds a patriarchal society responsible for the real threat of World War II.

READ ALSO:   Iskra Lawrence: How A Supermodel Wasn't Afraid To Return To Her Weight

Virginia sees the ills of society in a rigid educational system based on ruthless competition. It is this system that raises men to be cruel, ruthless, and devoid of imagination. In this same educational system she also saw the roots of all the terrible qualities of her father’s character.

In the first months of the war, the image of her father once again occupies her thoughts. In April 1940 she writes in her diary: “As a child, I condemn it, as a 58-year-old woman – I understand, that is, I mean – I tolerate. Perhaps both views are correct?”

A happy alliance with Leonard kept Virginia going for years. But at the beginning of World War II, she experienced several more breakdowns. From time to time she had visions and auditory hallucinations. Their home in London was destroyed in a German air raid. The outcome of the war was uncertain. The writer feared to death for her husband, who was Jewish. They planned a suicide in case of such a development. In addition, she apparently felt guilty before him and considered herself a burden.

Death and Farewell to Husband

Believing that she could no longer torment Leonard, and that he would be better off without her, Virginia Woolf, leaving a letter to her husband and sister, put on her coat, filled her pockets with stones, and drowned herself in the River Ouse, not far from their home in Sussex, on March 28, 1941.

In a suicide note to her husband, Virginia wrote: “My dear, I am sure I am going mad again. I feel that we will not be able to relive it. And this time I won’t get better. I’m beginning to hear voices. I can’t concentrate. So I’ve made the only right decision and I’m doing what seems best to me. With you, I was absolutely happy. You were everything I could have ever dreamed of. I don’t think two people could have been happier than we were until this terrible disease came. I can’t fight it anymore. I know I’m ruining your life, that without me you could work. And you can do it, I’m sure. See, I can’t even find the right words. I can’t read. I just want you to know that I owe all the happiness in my life to you. You’ve been immensely patient with me and incredibly kind. Everyone knows that. If anyone could have saved me, it would have been you. Everything is gone. Everything has left me, except my confidence in your kindness. I just can’t spoil your life anymore. I don’t think anyone in this world would be happier than we were.”

The body was found by children two weeks after the tragedy, and on April 18, 1941, the writer’s husband buried her cremated remains under an elm tree in the garden of the Sussex home. 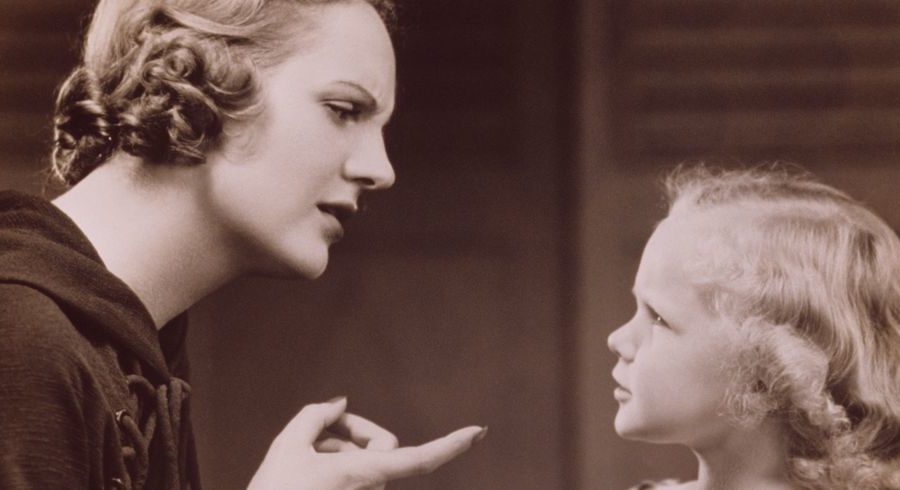 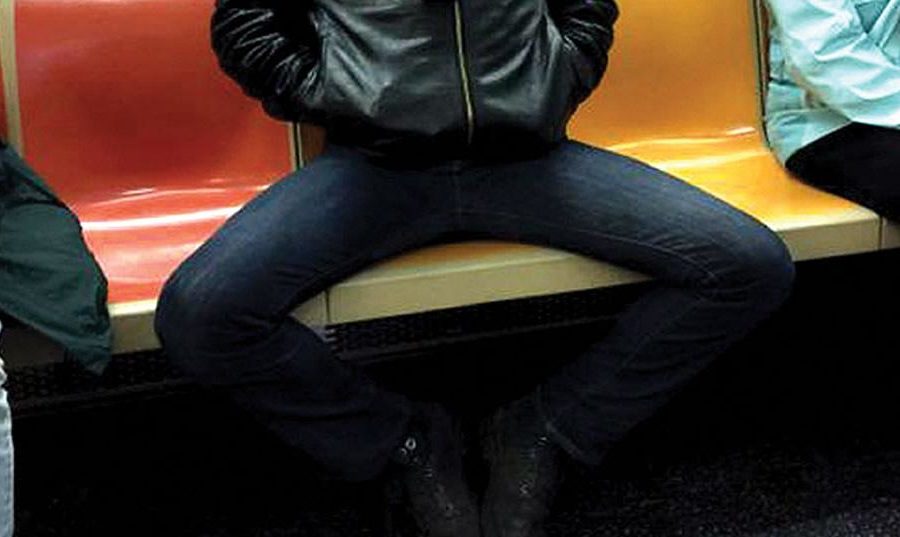